Faces Fall became a three piece in early 1994, when Tony Fleetwood joined to play drums. Tony had drumming pedigree – having previously drummed for a number of bands in West London – and at the that time worked with Steve at BBC Magazines. Conversations during the working day often turned to music and with much common ground Tony was eventually persuaded to join Paul and Steve to form a trio. 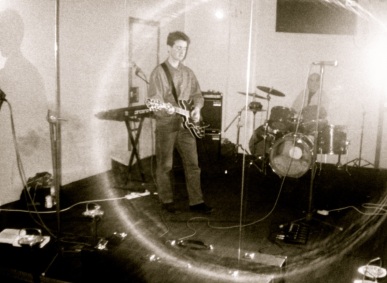 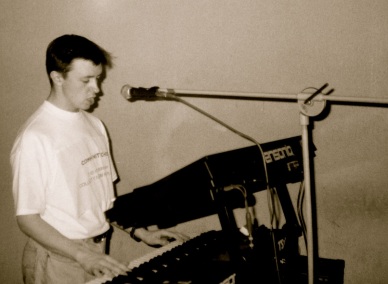 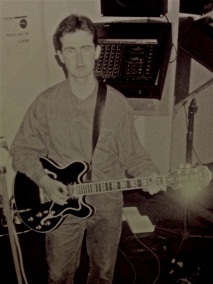 Practice sessions continued at Survival Studios during 1994 culminating in the delivery of their first studio recording – Neurotica. It was certainly a learning experience for the trio, as much as it was for novice sound engineer Martin, who wasn’t fond of stereo mixing, or had yet to discover it! However the resultant EP did contain what would go onto be mainstays of the early Faces Fall sets – Kissing Someone Interesting, I Fired An Arrow Into The Air,You’re Realising, Standing Too Close To Notice and No Means Yes 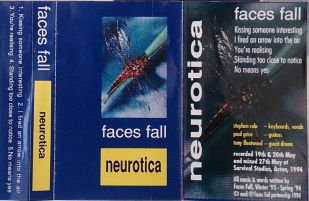 With Neurotica in the can, writing and practice continued in earnest to extend their repertoire with Faces Fall completing the writing of their debut mini-album Anxious Times Ahead in late 1994 and early 1995. In parallel, sample tapes were delivered to a number of West London music venues as Faces Fall sought a debut gig….and in January 1995 Faces Fall finally emerged as a live force. 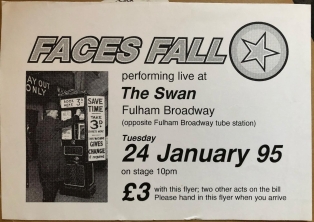 The studio recording of Anxious Times Ahead followed swiftly – recorded in the Fairdeal  studio in Hayes, during the months of February and March 1995.
Paul Grice: I can recall making the booking, and Steve and I visiting one dark January evening. The owner seemed very pleasant, probably in his 60’s, and talked about the pedigree of the place, though lost on Steve and I, with tales of little known rock acts from the late 70s. However it did have a great desk and very nice Vintage Orange amp tucked away, but sadly the feel of garden shed. However with a very modest budget, we shut our eyes and imagined it to be a miniature Manor Studios in Oxford (without the grounds or heating).
Steve Cole: I was impressed there was a Buzzcocks single on the wall, and another by the Slits I think that had been recorded back in the day. There was a lot of pine and amazing outboard gear. The ‘reverb unit’ was an actual metal plate in the roof that was stretched or bent to create the reverberation required. It picked up the sound of the traffic going by. 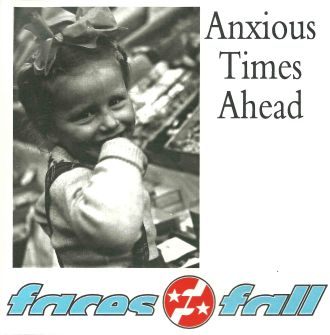 A week of toil and inspiration ensued, with engineer Richard Jackson at the helm. It is easy to forget in today’s endless loop PC recording how little time there was to get things right. The clock was always ticking and creative bursts needed to appear from nowhere and become polished parts for recording within a matter of minutes. Many of the tracks for ATA seemed naked without overdubs that were created in the studio or as part of our homework.  Despite the cold, the damp and the clock, the recording of ATA was a landmark for Faces Fall…. a coming of age for the 3-piece.

The original recordings have now been remastered:

Faces Fall live peformances continued in early 95, including gigs at the Kings Head, Fulham, The Brentford Red Lion and a return to the The Swan. But with the set’s tempo and performance dictated by the live sequencer and programmed bass, the trio felt their songs were too constrained. In June 95, the trio had a short break and a rethink….

1995. Faces Fall Hit the Road in a Series of gigs in West London 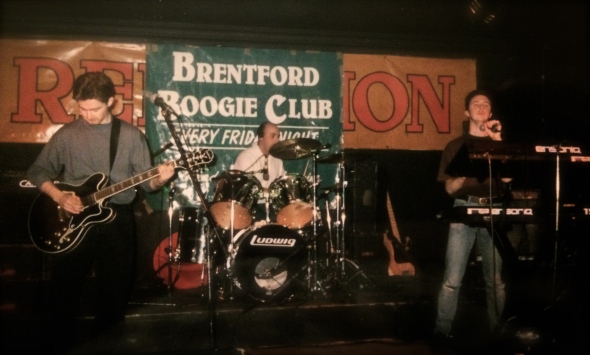 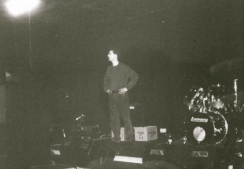 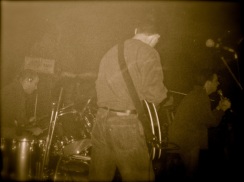